I’m not saying it was easy. I started listening to it two summers ago while I was working a desk job, then picked up the hard copy and, with many books in between, finally finished it this past summer while driving home from a week at the beach. But it was worth it.

Now if you know me, you know you’d be hard-pressed to find a book that features pirates, political intrigue, sword-fighting, historical subtext, and a dash of romance that I wouldn’t like, and The Count of Monte Cristo has all these things and more. Being a connoisseur of this genre of novel, I can, with authority, tell you that this one leaves all the others in the dust.

Since I was young I’ve been a fan of the movie adaptation of this book, so I went into this book already knowing the plot. But the movie did not prepare me for the way the story would come alive when I read it. Dumas weaves the stories of so many characters together in a way that’s so intricate that you will audibly gasp when you make the connections, although you might need a character list to keep them all straight – who knew one man could have so many different names and titles??

For me, what made this book so much better than similar ones was the character of Edmund. The story follows him through so many years, through so many changes in his life, and as the reader you see the impact that all of these events have on his character.

He starts out as a young man so full of life and ambition, with everything going his way. His character is so endearing and so likable that I think I fell in fictional love a little bit. But then one little word changes his entire fate, and he’s sent away for life, accused of a crime he did not commit to save the reputation of a selfish man.

You see the changes Edmund’s character undergoes during years in the Chateau d’If. He begins to harden, and you see that no matter what he tells the Abbe, if he gets out he will make the men responsible pay for what he has suffered.

Although there is an antagonist, there is not necessarily a “good guy.” When reading the story, you realize that you’re rooting for this man who is bent on taking revenge by any means necessary. You get glimpses into the man he was before, but you realize that no matter what happens, Edmund Dantes is gone, replaced by The Count of Monte Cristo.

While Dantes rides the moral middle ground, there are some characters that are truly evil who you have no qualms about rooting against, and then there are some that are truly good for whom you only want the best. Each character has his or her own personality and brings something different to the story. Dumas’ tale is probably the most intricate that I have ever read, and each detail is woven in so expertly that you’ll be guessing until the very end. In an age where less seems to always mean more, take time to get so lost in a story that a thousand pages later you won’t want it to be over.

I just found out that the honors college is offering a seminar over the works of Jane Austen next semester, and I can’t hold in my excitement! I know it’s cliche and girly, but Pride and Prejudice is one of my very favorite books. Each time I read it I fall in love with Fitzwilliam Darcy all over again. I cringe at Mrs. Bennett’s displays and sympathize with Jane and Lizzie in their combination of embarrassment and familial obligation. I have an ongoing debate with myself over which would be worse: to be married to Mr. Collins or to Mr. Wickham? My decision changes daily. I skip over Collins’ proposal, and read and reread Darcy’s. In English my senior year, we were discussing Pride and Prejudice and one of my classmates said Elizabeth reminded them of me. The rest of the class agreed, and to this day that is still the best compliment I’ve ever received. The characterization of Elizabeth Bennett is one of the reasons I love the story so much; although she’s worlds away, I can relate to Lizzie -her love of knowledge, her cynicism, her judgment, her love of family- and she gives me hope of one day finding my own Darcy. Sorry, P&P brings out the Romantic side in me. 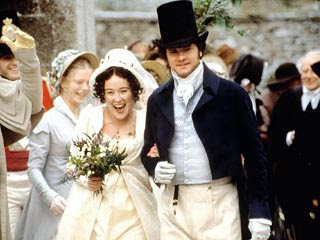 But this story is so much more than the greatest love story ever written. It’s an outright criticism of social class and norms. In Mr. Collins, Austen creates a character that, by the standards of the time, should be a suitable match for any of the Bennett girls. He has economic stability, a respectable name, and the ability to have children, all the things that are valued in a marriage. Austen takes this potential suitor and makes him one of the most ridiculous, pompous, annoying, pretentious, rude and repulsive fictional character of all time. By having Charlotte agree to marry him, Austen was showing how outdated the marriage ideas of her time were. Darcy and Elizabeth were the impossible couple, stretching across class, social boundaries, adversity and financial differences, all because of love, and that’s a timeless story.

Don’t Judge a Book by its Cover

Everyone says “Don’t judge a book by its cover,” but we are all guilty of this. A lot of times our instincts can be correct, like when I avoid the novels with covers of shirtless men and scantily clothed women that don’t even have faces, or when I pick up each and every book with a ship on the cover. Sometimes you just know. However, sometimes if you look past your preconceived notions or the strange cover art you may be pleasantly surprised at what you find.

I read The Kite Runner my senior year of high school for my AP English class. It had been on the list since the beginning of the year, and I had not been looking forward to it. I’m sorry, but the recent history of Afghanistan was just not something that interested me. I thought it was going to be a depressing story about how the main character and his/her people had been mistreated and that it wouldn’t apply to me in any way. Oh, how wrong I was. 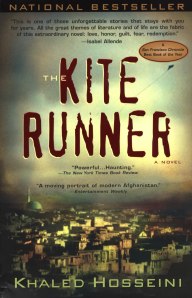 The story of The Kite Runner centers on the story of a young boy named Amir and his best friend and servant Hassan. When they are quite young, Amir witnesses an older boy, Assef, rape Hassan. After this horrible event, the friendship between Amir and Hassan is never quite the same. Amir spends his time wondering is Hassan knows that he knows, or even worse, that he did nothing to stop it. Hassan, on the other hand, knows what his friend witnessed, but in the perfect picture of unconditional love, he forgives Amir. Amir, however, cannot forgive himself, and finally Hassan and his father Ali cannot stand to live with Amir’s family anymore.

It’s a great story of love, friendship, forgiveness, and reconciliation. Everyone has been Amir at some point in their lives, on the receiving end of a love they don’t think they deserve. There are so many great lessons to be learned from this book. It’s something I never would have picked up on my own, but I’m so glad I did.

Another book we were supposed to read my senior year was Frankenstein. After already reading Dracula for that class, I was done with “monster” books. We ended up running out of

time to read another novel, and I felt relieved that I wouldn’t have to plow through another morbid, macabre classic. However, I was in for a surprise when I started my 20th Century Honors Seminar second semester of my freshman year and found out the first work we would be reading was, you guessed it, Frankenstein. I dreaded it until I started reading it, then everything changed.

Mary Shelley tells an amazing story. Written when she was only 14, it may be considered a classic but it reads like a modern-day adventure story. It’s an intricate set-up of a story within a story within a story, and she intertwines the characters brilliantly. Everyone views Frankenstein’s monster as just that, a monster. But is it? Shelley explores the basic human ideas of good and evil and challenges the reader to reevaluate human nature.

The story itself was nothing like I thought it would be. No evil scientist in a lab creating something to control that got too powerful and escaped, wreaking havoc everywhere it went. It was a man of prestige with a slight obsession with his work who took it just a little too far, got scared, and tried to forget about what he had done. The creature, newly introduced to the world as a full-grown “man,” was scared and alone, and at times seemed more human than his creator ever did. I expected good and evil to be cut and dry, but the relationships and characters are so much more complex than I ever would have imagined.

So the next time someone’s raving about a book and you’re thinking “That is just not up my alley,” pick it up and give it a try- you may be surprised at the results.